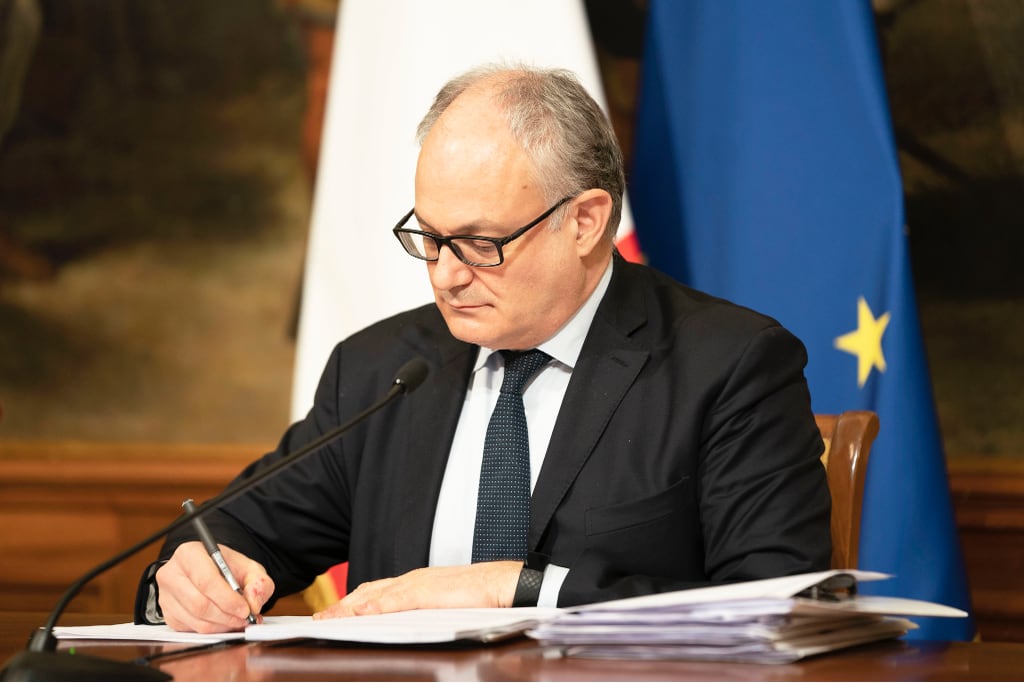 Dear Valdis, dear Paolo,
In accordance with Law 243/2012 and following up on last week’s conversations, I am writing to inform you that the Government has sent to Parliament a formal request to raise the budget deficit projection for 2021 while leaving the budgetary targets for the following years unchanged. Law 243/2012 requires the Government to obtain Parliament’s endorsement whenever it alters the deficit reduction path towards the Medium Term Objective (MTO). In this particular case, the Government will invoke Article 6 of the said Law in view of extraordinary events outside of the Government’s control.
The decision to raise the deficit target for this year reflects the need to issue a new relief package in order to cushion the economic impact of tighter social distancing rules and restrictions on people’s mobility and business activity that were implemented during the year-end holidays and of further measures that were announced last week. In addition, the Government wishes to have sufficient resources available in the event of a continuation of tight constraints on mobility and business activity during the spring.
In December, the Government legislated stricter precautionary rules for the year-end holiday period, which impacted in particular on restaurants, bars, hotels and winter resorts, as well as the transportation sector and all its ancillary activities. Cinemas, theatres, stadiums remained closed, along with gyms and other sporting facilities.
This week, in the face of a moderate rise in new infections after the year-end holidays and of data pointing to a third wave in some countries, the Government decided to modify the risk classification of Italian regions. The new approach involves three instead of four categories and the thresholds of key parameters, such as the effective reproduction number RT, become more demanding. As a result, several regions that belonged to the low-risk (yellow) category were downgraded to the intermediate one (orange) and three returned to the highest risk category (red). Moreover, the shutdown of activities such as ski lifts will continue at least until mid-February, thus also affecting most of the winter season for mountain hotels and resorts.
A continuation of the new regime, which went into effect on 16 January, well into the spring season cannot be ruled out. Consequently, the Government wishes to have sufficient financial resources to respond to this eventuality and to prolong if necessary the Covid-19 Wage Supplementation Scheme until the autumn.

The package will consist of the following key components.

The proposed amount of the relief package in terms of net borrowing of the general government is up to 32 billion euros (1.8 percent of GDP). The intention of the Government is for this to be the last Covid-19 relief package. For this reason too, we have envisaged the deployment of significant budgetary resources.
On the back of this package, the projected 2021 deficit rises to 8.8 percent of GDP, from 7.0 percent in the 2021 Budget – net of revisions to the GDP growth forecast that we might introduce at a later stage. The estimate of last year’s budget deficit remains at 10.8 percent of GDP, up from 1.6 percent of GDP in 2019. The Government continues to aim for deficits of 4.7 percent of GDP in 2022 and 3.0 percent of GDP in 2023, and for the achievement of the MTO in the medium term.
The relief package will be fully consistent with the approach recommended by the European Commission in its communication of 19 September 2020 on the Orientation of Fiscal Policy for 2021. The measures contained in the relief package will be temporary and targeted. Indeed, the package will not increase future budget deficits apart from marginally raising debt-servicing costs. The 2022 and 2023 budget outturns will actually benefit from a gradual return to normality in tax collection activities by the Revenue and Collection agencies. Moreover, support measures in favour of firms and the self-employed will be selective and will primarily consist of tax credits in order to promote tax compliance.
The debt-to-GDP ratio is estimated to have risen to 157.0 percent at end-2020, from 134.7 percent in 2019. Including the intended relief package, the debt ratio would remain roughly unchanged this year before declining over the next two years. Public debt estimates are subject to a further margin of uncertainty concerning Eurostat’s future treatment of financial transactions and of State guarantees on bank loans. At any rate, the Government confirms its commitment to bringing the debt ratio back down to the 2019 level by 2030.
Meanwhile, on 12 January the Government approved an advanced draft on the Recovery and Resilience Plan (RRP) that lays out a comprehensive strategy of investments and reforms to take Italy onto a path of environmentally and socially sustainable growth, digitisation, innovation and competitiveness. The RRP is consistent with the debt-reduction plan that we laid out in the 2021 Draft Budgetary Program back in October.
I remain at your disposal to continue the dialogue concerning Italy’s response to the Covid-19 emergency and our fiscal policy plans.