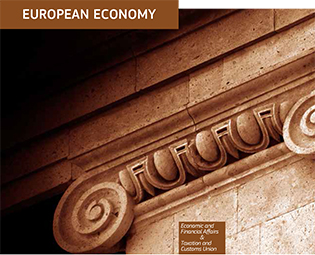 In Italy, a tax credit for low-income earners, originally due to be phased out from 2014, was made permanent and labour costs became fully deductible from the regional production tax (IRAP). Additionally, employers' SSC for new employees taken on in 2015 on permanent contracts has been waived for three years.

Stimulating socially responsible investment was also on the agenda of tax policy makers in a number of countries (Denmark, Spain, Italy, Malta and the UK). For example, tax reliefs for charitable giving were enhanced in Spain,Malta and Italy.
Italy and Belgium modified their rules on the allowance for corporate equity (ACE). Italy increased the benefits associated with the allowance and the possibility to convert the allowance into tax credits that can be used to offset local taxes, should there be no tax liability against which to deduct the ACE.
In order to simplify tax compliance, in particular for small businesses and self-employed people, tax authorities have, for a number of years now, been developing simplified regimes for these categories of taxpayer. Recent examples of measures adopted by Member States include the following: France introduced simplified tax returns; Italy set up a new simplified tax regime for self-employed people and introduced pre-filled tax returns, accessible online to 20 million taxpayers.

The Foreign Account Tax Compliance Act came into effect in Italy, Latvia, Lithuania, Poland, Slovenia and Sweden.
In order to tackle VAT evasion, Italy approved a split payment system for public administration suppliers and the extension of the reverse charge mechanism to sectors characterized by a high risk of VAT evasion. As part of a broader review of its tax system, Italy issued draft legislation that redefines the concepts of abuse of law and tax avoidance, with the aim of increasing legal certainty for taxpayers. Belgium, the Czech Republic, France, Italy, Latvia, Hungary, Austria, Portugal and Romania and, to a lesser extent, Germany, Estonia, Croatia Lithuania, the Netherlands, Finland and Sweden, appear to have both a potential need to reduce a relatively high tax burden on labour (either overall or for specific groups) and potential scope to increase the least distortive taxes. These Member States could, therefore, consider shifting the tax burden away from labour. It should be noted that, as explained in Section 2.1, some of these countries also need to address risks to their fiscal sustainability. A number of countries also appear to have scope for a partially unfinanced reduction in labour tax but, as already noted, these results should be interpreted with great caution. More in general, given that many EU countries still need to make further efforts to comply with the obligations of the Stability and Growth Pact and to make their budgets sustainable in the medium or long term, careful attention needs to be given to the design of any reduction in labour tax, and also to the timing and sequencing of its implementation.

As shown in Table 3.1, Greece, Spain, Italy, Poland and the UK have a VAT revenue ratio significantly below the EU average. The ratio of the average household VAT rate to the standard rate is also very low in these countries, suggesting that the low VAT revenue ratio is due to policy issues, and not, or not only, to poor compliance. Greece, Italy and Spain, do, however, also appear to have a high VAT compliance gap. Bulgaria, the Czech Republic, Greece, Spain, Italy, Latvia, Lithuania, Hungary, Malta, Poland, Romania and Slovakia can be seen to have a VAT gap significantly higher than the EU average.
Based on the general screening (as shown in Table 3.1), Greece, Spain, Italy, Poland and the UK are found to have particular room for manoeuvre to improve the efficiency of their VAT systems by limiting the use of reduced rates and non-compulsory exemptions. Greece, Italy, Poland and the UK also apply reduced rates and grant exemptions to specific services in the telecommunications sector and could consider limiting these reduced rates and exemptions.

A number of Member States make use of this possibility and charge reduced VAT rates on some or all of these energy products, namely Belgium, Ireland, Greece, France , Italy, Latvia, Luxembourg, Hungary, Malta, Poland, Portugal and the UK. […] in the specific case of France, Greece, Italy, Ireland, Luxembourg and the UK, reduced rates provide greater support to the lower than the higherincome households as a proportion of expenditure. As discussed in last year’s report, at least 10 Member States (Belgium, Germany, Estonia, Greece, France, Italy, Cyprus, Luxembourg, Austria and the UK) apply somewhat out-of-date property values. A number of Member States (including several of those mentioned above) are currently reassessing real estate values, and several others are planning to do so.

Across the EU as a whole, transaction taxes generate revenue worth 0.8 % of GDP. As seen for recurrent taxes, the aggregate value hides significant variability at the level of the individual Member States. Belgium, Spain, France, Italy, Luxembourg and Malta recorded revenue close to or above 1 % of GDP in 2012. This includes revenue from other capital and financial transactions, however.