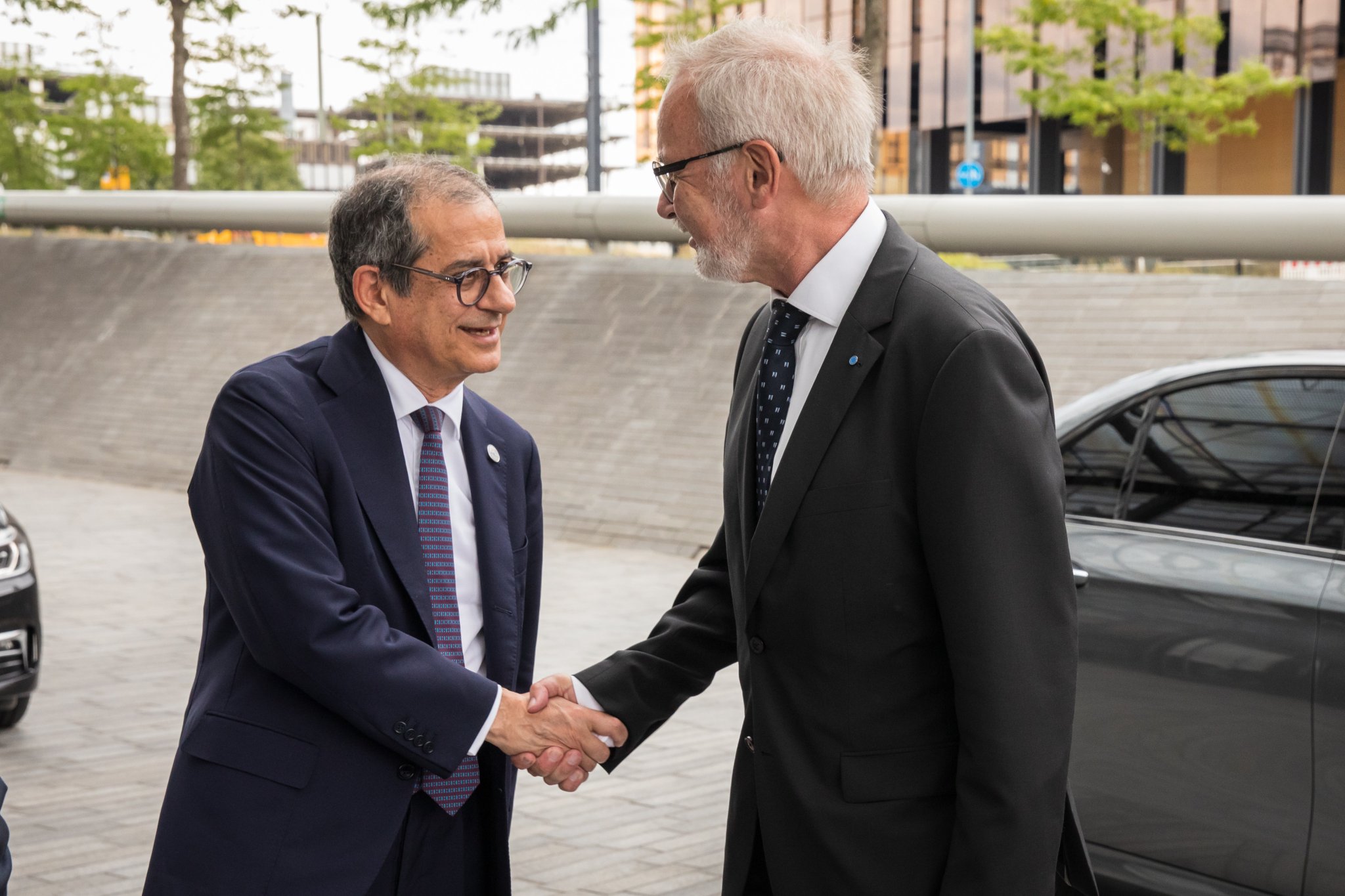 Minister Tria, President Hoyer and Vice-President Scannapieco discussed EIB activities, including in relation to Italy. The country is the main beneficiary of EU bank financing since its establishment in 1958. In Italy, the EIB invested close to 200 billion euros supporting over 2400 projects.

Since the launch of the Investment Plan for Europe (Juncker Plan) the bank approved operations benefitting from the European Fund for Strategic Investments (EFSI) guarantee in Italy for a total amount of 10.2 billion of euros, which are expected to mobilise 65.4 billion euros of new investments.

Most recently, the EIB supported the Italian Government's programme for school safety and modernisation (“Piano scuola”). EIB loans totalling EUR 2.7 billion are supporting restructuring operations, compliance with safety and seismic standards, and energy efficiency in 9,250 schools. The EIB is committed to supporting post-earthquake reconstruction in Italy with 2.7 billion euros of loans provided to finance the rebuilding and refurbishment of industrial and residential buildings in the Italian regions hit by earthquakes.

President Werner Hoyer declared: “Italy has always been a great supporter of the EU bank. And the EIB has always been a great supporter of sound, sustainable investments in Italy.From my very first day as President of the EIB, I have witnessed first-hand Italy’s commitment to EU-wide cooperation and to making the best use of EIB resources to foster growth, competitiveness and cohesion, and respond to global challenges such as global warming and migration. At today’s meeting I have confirmed to Minister Tria that the EIB Group values and cherishes Italy’s outstanding cooperation with its fellow EIB members and with the Bank’s services”.

Minister Giovanni Tria declared: “I am satisfied and appreciative of the large involvement of the institution in my country that is both sustaining existing activity and helping to look at future challenges. EIB financing accounts for 0.5 per cent of our GDP (8.5 billion € in 2018), sustaining investment for 1.6 per cent of GDP, a significant number, by any standard. Italy benefits from multiple intermediated loans sustaining its diffuse and numerous Small and Medium enterprises, the heart of our economy, as in most EU countries. SMEs account for 2/5 (two fifth) of the EIB group financing, together with EIF, and sustain substantial job creation (almost 800.000 jobs in 2018). In addition, Italy benefits of EIB financing of crucial infrastructural projects, including education related ones, ambitious research programs and innovative investments plan”.

Vice-President Dario Scannapieco stated: “The EIB has been founded in 1958 as a tool to help the poorest regions of Europe to recover, such as the Italian South. In more than 60 years Italy has been the biggest beneficiary of EIB Group funding. But it is also one of the biggest supporters and partners, for example in the deployment the Investment Plan for Europe. As a European official and as an Italian citizen I was proud to hear Minister Tria reiterating the support by the Italian Government to the EIB for what has been done so far and for the future ahead of us”.

About the EIB
The EIB is the long-term lending institution of the EU. It is owned by and represents the interests of the European Union countries. The Bank makes long-term finance available for sound investment in order to contribute towards EU policy goals. The EIB works closely with other EU institutions to implement EU policy.