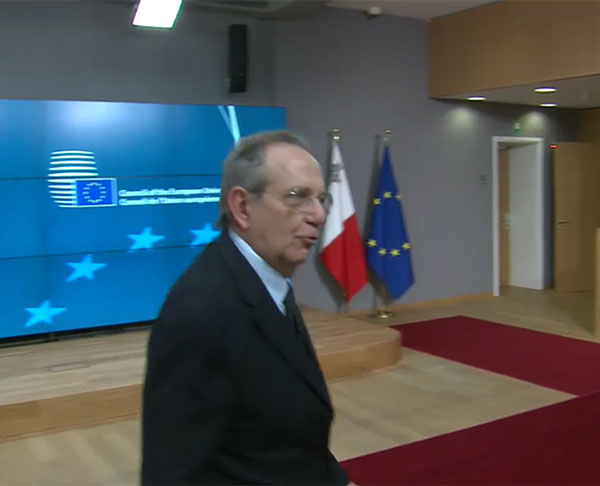 Rome, May 22, 2017 – The European Commission today released its recommendations on Italy's National Reform Program and its Stability Program for 2017. This is a systematic step in the common process of economic and financial oversight known as the European Semester. The recommendations provide each EU Member State with specific guidance on boosting growth and employment while maintaining sound public finances. The recommendations are formulated on the basis of the plans submitted by the EU governments in April and aim to adapt at the national level the priorities identified for the European Union as a whole. The process ends with the decision of the European summit in June which is formally adopted by the finance ministers in July.

In this year's evaluation, there was particular expectation surrounding a judgement on the conformity of the country's public accounts with Community rules, especially in the light of the economic policy measures adopted by the Government in April. The Commission's view is that thanks to these measures "no further steps are needed to ensure compliance with the debt criterion". However, it is pointed out that a debt of more than 130% of GDP means debt servicing absorbs a significant amount of resources at the expense of other options more favourable to growth, including possible action on education, innovation and infrastructure. So assessment of debt in 2017 and 2018 will have to be addressed with particular care. Still, the Commission itself recalls that the assessment of the 2018 Budget Plan "will have to take into account the objective of budgetary tuning which must contribute both to strengthening the recovery and to ensuring the stability of public finances". This is the first time that the European public oversight authorities have recognised the importance of pursuing not only the objective of fiscal propriety but at the same time the objective of more sustained growth which is needed to create new employment. In effect, this is an acknowledgement of the approach taken by the Government over the last three years along what has been termed the "narrow path" between two opposing needs: helping growth on the one hand and reining in debt on the other. A path where choosing the pace of budget adjustment is crucial: if it is too fast, it can choke off growth, if too slow it does not remedy public finances.

The Commission's assessment of the multi-year management of public finances also included a more in-depth evaluation of some expenditure items in the 2016 budget, and in particular those relating to the management of the phenomenon of migrants and the seismic events affecting Central Italy. The Commission recognised the correctness of the Italian position, since "the 2017 Stability Program indicates that the overall impact of the exceptional flow of refugees and security measures on the 2016 and 2017 accounts is substantial and provides adequate evidence of the size and nature of these additional expenses". As regards the investment clause, used by the Government to demonstrate the advisability for the public accounts to deviate from the previously mapped path, it is recognised that "there are specific factors that last year restrained public investment" (introduction of the new procurement code and the start of a new cycle in the use of European funds).

There is no shortage of reminders by the Commission of the need to continue pursuing the reform path that is underpinning the modernisation of the country. These promptings cover a large number of fronts: criminal and civil justice, the fight against corruption, the shifting of taxation from productive areas to others (such as a tax on primary residences which was recently abolished - with the exception of villas and luxury properties), the competition laws, second-level wage bargaining, the bad debts on banks' books and the low participation of women in the labour market.

The Commission's view is that the measures envisaged in Italy's programs - if fully implemented in the planned timeframe - would help the country resolve its macroeconomic imbalances and respond to the Commission's recommendations. In particular, the commitment to reduce tax evasion through compulsory electronic invoicing of the Public Administration and the "split payment" applied to purchases in this sector are judged positively, as is the recently adopted reform of the budgeting process.

The major macroeconomic variables from 2001 to 2017: percentage change in "year-to-year" GDP (left-hand scale), deficit-to-GDP ratio (left-hand scale), debt-to-GDP ratio (right-hand scale). The chart shows that from 2014 all variables have a steady trend and a consistent direction: modest growth that becomes progressively firmer, a steadily declining deficit, stabilising debt. This is a graphic representation of the government's economic policies which have often been referred to as a "narrow path".