Padoan: "Wellbeing, jobs and social inclusion the keys to Europe's advancement 60 years on from the Treaties of Rome" 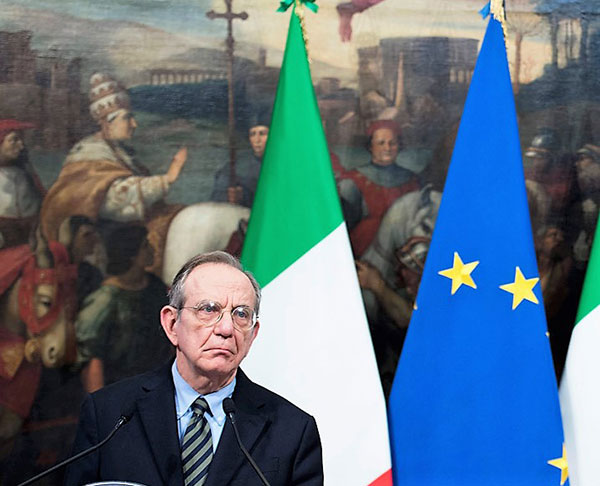 On 25 March at the Campidoglio (Rome's Capitol) the 60th anniversary of the signing of the Treaties of Rome was celebrated. Here on our website is a brief address by the Economy and Finance Minister, Pier Carlo Padoan, on this subject.

Today we celebrate the achievements of civilisation attained by this union. An imperfect union that has progressively welcomed democracies, likewise imperfect, which have borne the blows of history with the means they have been able to acquire over time. What history asks of us today, however, is not perfection but to remember what we have behind us: the horror generated by fragmentation and borders too often crossed by armed troops. The journey made together to get this far, marked by difficult choices and hard work, has rewarded us with the precious fruit of a peace that must be preserved and nurtured for future generations.

So that everyone can fully appreciate this, the Union's institutions must produce concrete results that can be perceived by Europe's citizens in terms of individual and collective wellbeing, increasing the social range of those who benefit from economic growth and the wealth produced, so as to leave nobody behind. The main instrument to achieve these results is the creation of jobs: employment gives people dignity because it gives them a crucial role in economic development and social development, for which more and new resources are needed. Wellbeing, jobs and social inclusion are the pillars of a common strategy platform from which European institutions and individual Member States can muster the energy for a leap forward.

Let us compare our time with the past: we will appreciate the fruits we enjoy in the present and with the benefit of hindsight will consciously choose the best way for the future. The conclusion of this comparison can only be the one Winston Churchill reached in his Zurich speech of 1946:
"Therefore I say to you: let Europe arise".