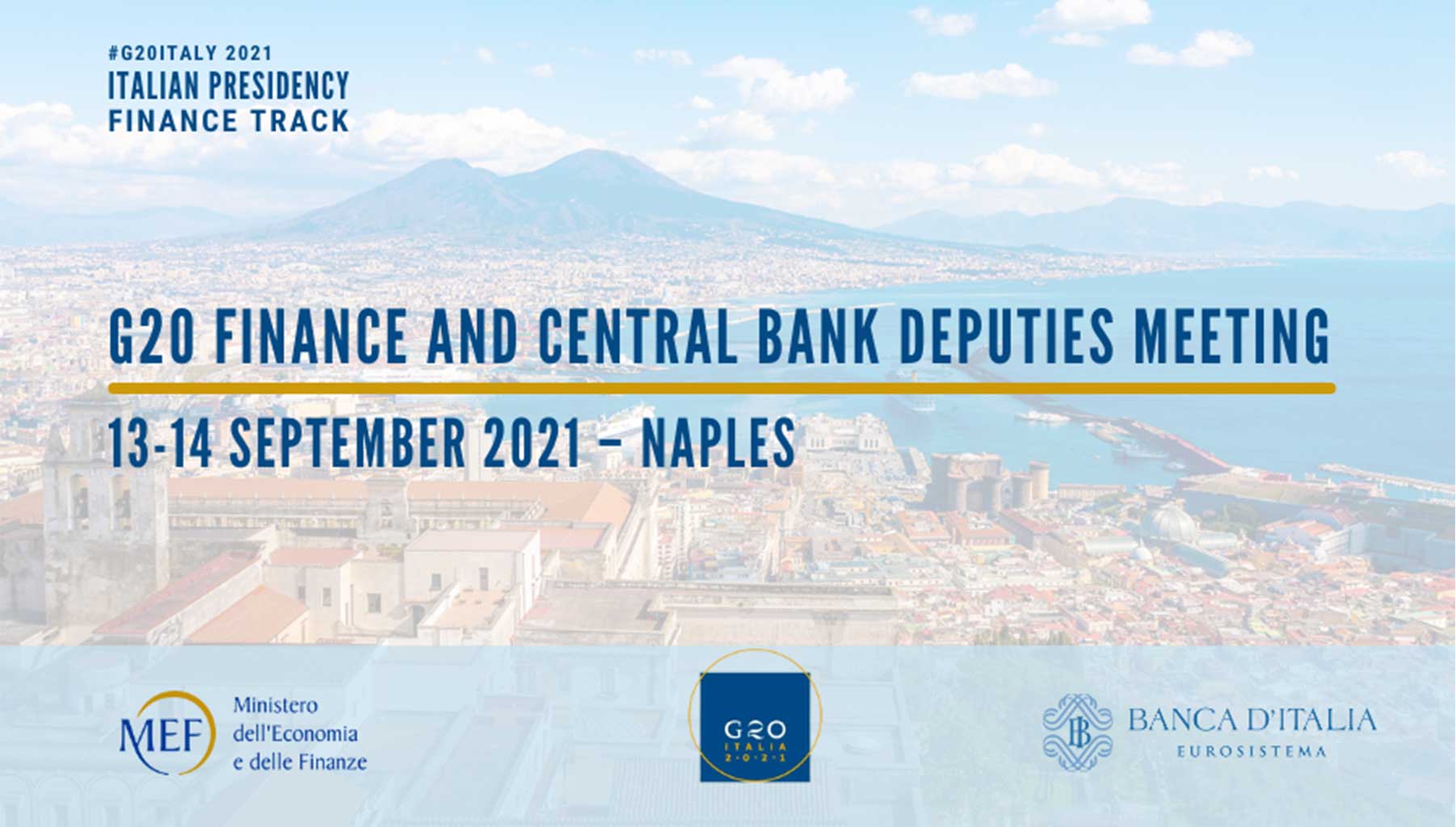 Rome, September 14 2021 – On Monday, 13 and Tuesday, 14 September G20 Finance and Central Bank Deputies convened in Naples, hosted by the National Railway Museum of Pietrarsa, for their fourth official meeting under the Italian G20 Presidency. This was the first Deputies in-person official gathering since before the COVID-19 outbreak.

The meeting was held just a few weeks after the third G20 Finance Ministers and Central Bank Governors Venice Meeting, in July, and only a month away from the upcoming fourth ministerial meeting scheduled for 12-13 October in Washington, within the framework of the World Bank Group and International Monetary Fund Annual meetings.

G20 Finance and Central Bank Deputies kicked off discussions with two workshops. The first, focussing on the current global health initiatives. Among such initiatives, early this year, the G20 established a High Level Independent Panel on Financing the Global Commons for Pandemic Preparedness and Response, which presented its first official report to the membership in July 2021. G20 Deputies exchanged views on how these recommendations could be put forward. The second, analysed opportunities and challenges in the financial sector stemming from the development of market-based finance, also in light of the recent market experience under the COVID-19 pandemic.

While, in recent months, the global economic outlook has further improved, mainly thanks to the roll out of vaccines and continued policy support, G20 Deputies progressed their discussions on the ongoing economic recovery, as they all recognised that this appears uneven across and within countries, and remains exposed to downside risks.

G20 Finance and Central Bank Deputies also touched upon issues related to the green and digital transitions, in a bid to promote a more sustainable and inclusive growth. The support to the most vulnerable countries, international taxation matters and financial sector related issues were also crucial agenda items.