Daniele Franco sworn in as Minister of Economy and Finance

The handover with the outgoing Minister Roberto Gualtieri
February 13, 2021 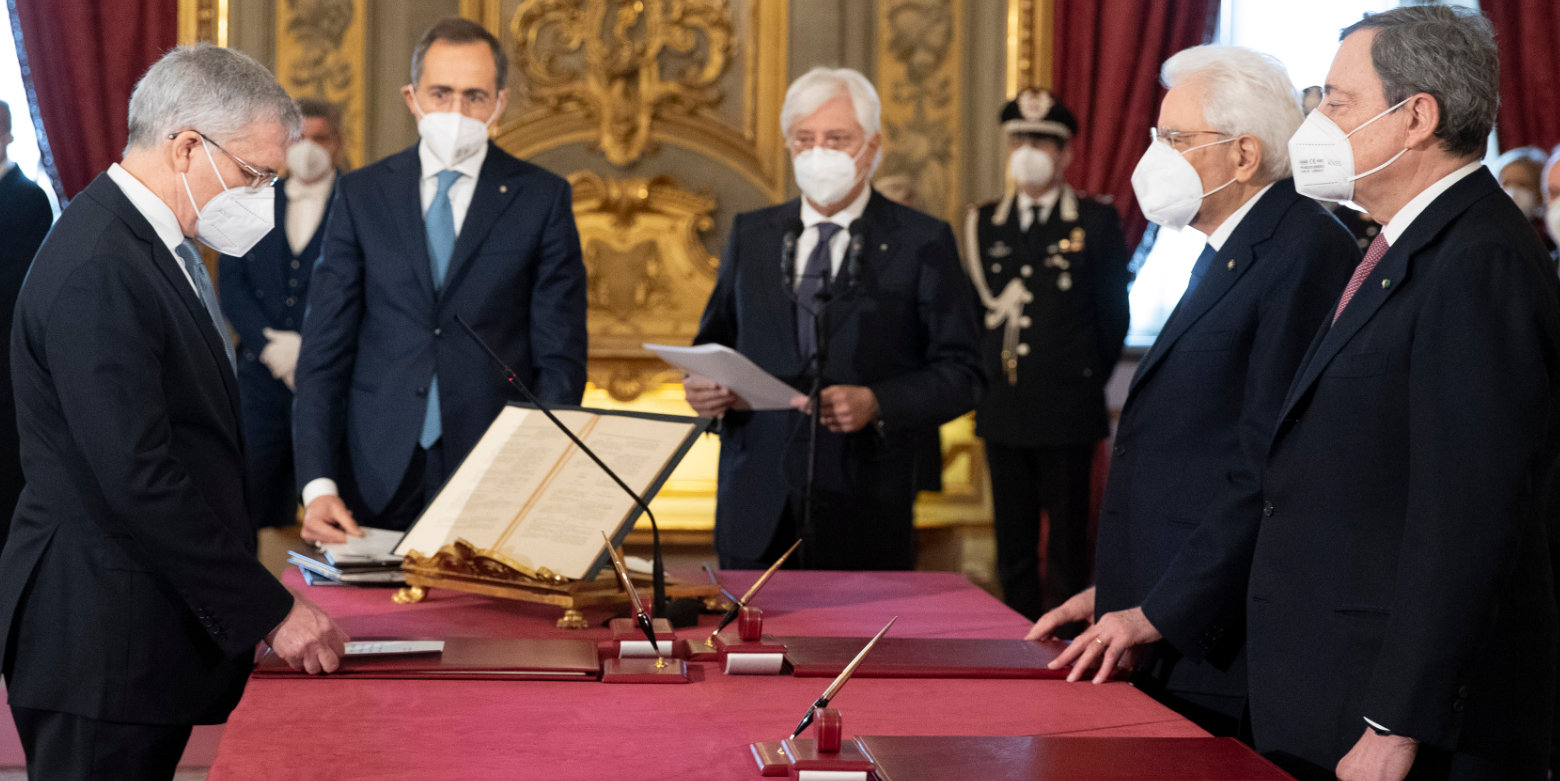 Rome, February 13th 2021 – The President of the Council of Ministers, Professor Mario Draghi and his Cabinet ministers took their oaths of office at the Quirinal presidential palace on February 13. With the oath, Daniele Franco took office as Minister of Economy and Finance.

In the afternoon, a handover ceremony between incoming Minister Daniele Franco and outgoing Minister Roberto Gualtieri was held at the Ministry.

During a long and cordial meeting, Minister Franco thanked his predecessor for the work done.