DEF, a strategy for emerging from the crisis and restoring growth 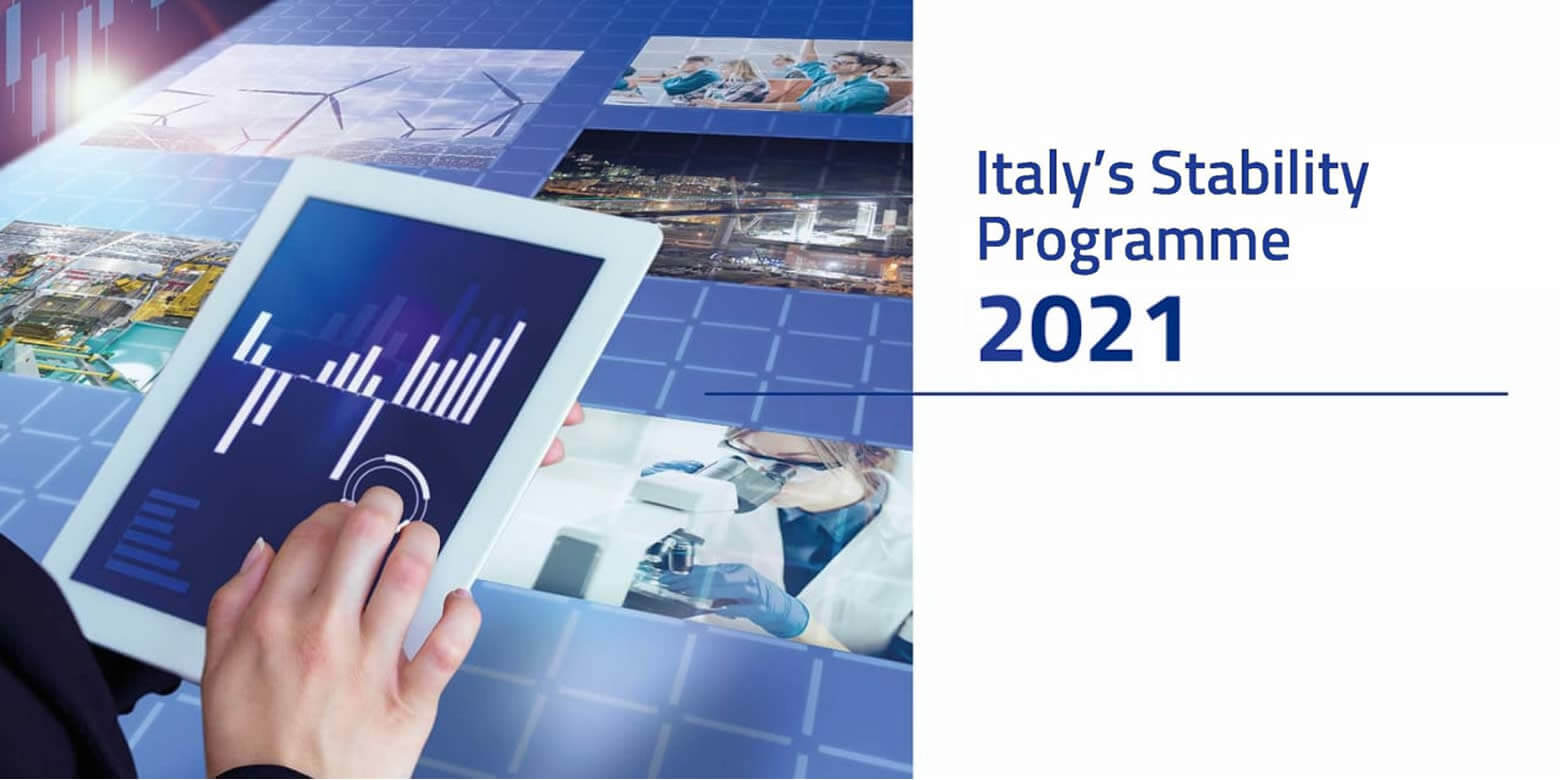 Rome, April 16th 2021 – “The Government deems it necessary to support the drive to emerge from the crisis through all available instruments, from the vaccination campaign to medical research and the strengthening of the national healthcare system. In the economic field, witness support and relief measures and the relaunch of investments and development through the Recovery and Resilience Plan (RRP) financed by Next Generation EU (NGEU) and additional national resources”. This is what the Italian Minister of Economy and Finance Daniele Franco wrote in the introduction to the 2021 Economic and Financial Document (Documento di Economia e Finanza, DEF), approved by the Italian Council of Ministers on 15 April.

In March, using the € 32 billion margin requested by the previous cabinet, the Government approved a decree-law containing a wide range of measures targeted at businesses and workers, as well as at the sectors most affected by the restrictions resulting from the emergency.

For the purposes of completing and strengthening the range of measures already adopted, Parliament is being asked, upon approval of the DEF, to authorise a further € 40 billion slippage from the budget targets, which will be earmarked for immediate support and recovery measures aimed at anticipating and preparing for economic and social recovery.

The new decree is to be adopted in the coming days and will continue to support the most vulnerable workers and families; moreover, it will strengthen measures for the self-employed and small businesses and provide further measures to support the production system.

With this intervention, the financial instruments in favour of businesses and households will reach 4% of GDP in the first months of 2021, as opposed to the 6.6% recorded for the entire previous year.

According to the Government's expectations, this should be the last intervention of this magnitude, also in view of the promising evolution of the epidemiological situation and the gradually improving economic data. However, the commitment to supporting the economy and the social system for as long as necessary remains, if the conditions are in place.

The strong boost to public investment envisaged in the plan for the 2021-2026 period, which will amount to around € 222 billion – of which around € 169 billion will be in excess of the existing programming – will be a key element in the strategy for emerging from the crisis and restoring growth. For this plan to be implemented, it will be necessary to simplify the regulations on public works and equip the administrations involved with the necessary planning and management skills.

This year, the DEF does not contain the usual National Reform Programme (Programma Nazionale di Riforma, PNR): in line with Article 18.3 of EU Regulation No. 2021/241 of the European Parliament and of the Council of 12 February 2021, and in view of the reform-related impact on the whole economic and social system of the Recovery and Resilience Plan (RRP) funded by Next Generation EU, only this latter will be submitted by the end of April.

The macroeconomic forecasts contained in this document only partly reflect the scope of the recovery policy that the Government intends to pursue, also because of the conservative nature that such forecasts must have under budgetary rules.

However, the balance of public accounts should not be forgotten within the framework of the country's recovery. If the intervention currently being prepared is included, the PA's deficit forecast for this year reaches 11.8% of GDP. Such a level, albeit high, is mainly due to measures of a temporary and extraordinary nature, as well as to the fall in GDP. The deficit-to-GDP ratio will tend to return to the convergence path in the coming years as a result of the recovery in production activity and the subsequent improvement in the overall economic picture.

According to forecasts, the debt-to-GDP ratio will rise to almost 160% at the end of 2021, before falling by about 7 percentage points in the following three years. The introduction to the document reads that “although the Government shares the view that European tax rules need to be reviewed in order to promote more growth and public investment spending, reducing the debt-to-GDP ratio will remain the focus of the Government's financial policy”. The debt reduction path will reflect the progressive improvement in budgetary balances and will benefit from the higher economic growth induced by the implementation of the Recovery and Resilience Plan focused on reforms and investments, as well as the additional investment programme that the Government has decided to finance until 2033.

Document of Economics and Finance 2021