2020 Economic and Financial Document (“DEF”) approved; recovering after the emergency

An unprecedented commitment to relaunch the economy
April 24, 2020 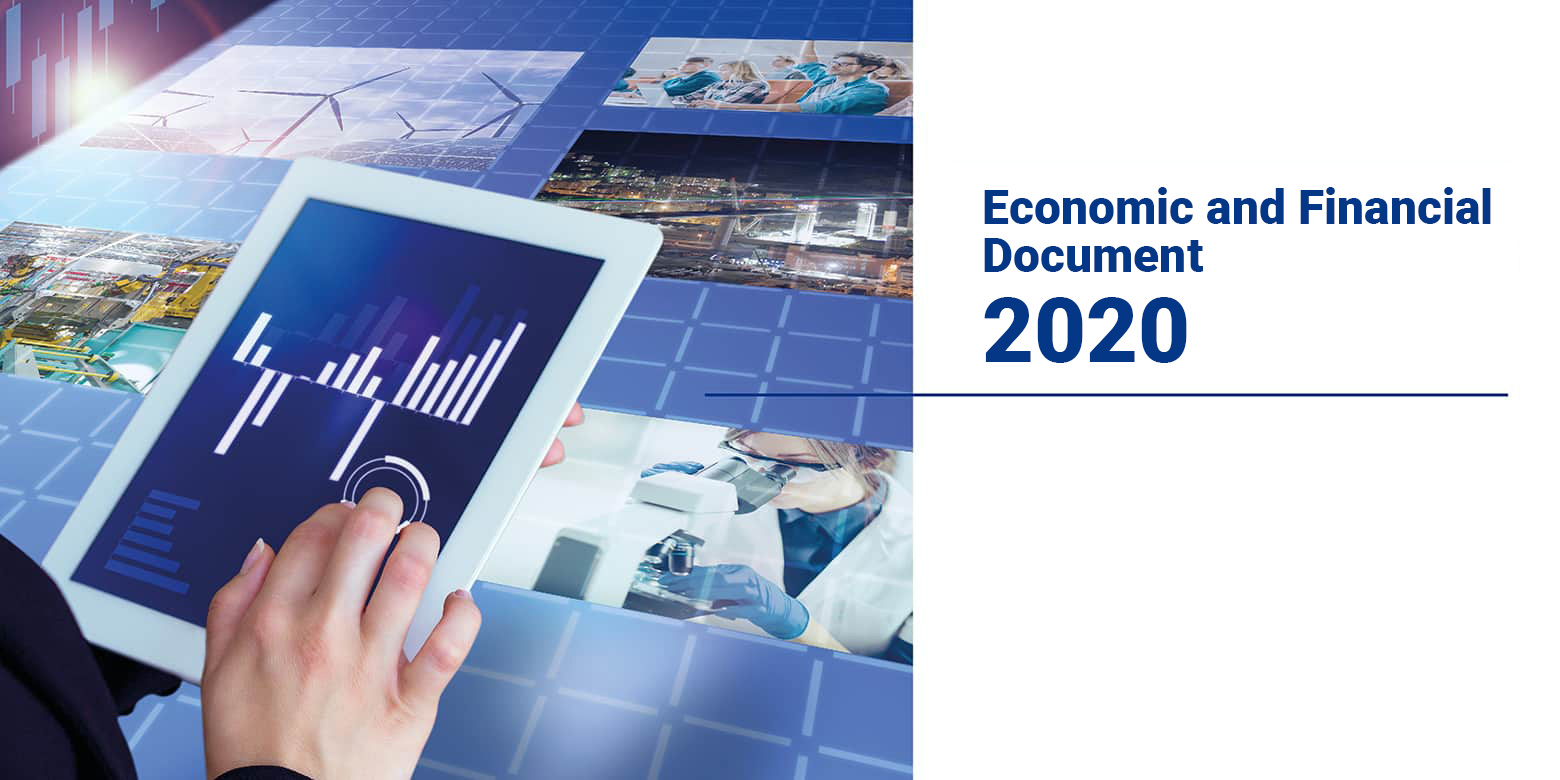 “Italians are making huge sacrifices, a painful number of lives have been lost and an unprecedented public finance commitment is being made. Things will definitely get better and, when they do, Italy must make the most of all the opportunities presented by the global recovery, with the same mature, united, generous and resourceful approach that it has demonstrated during these difficult weeks”. This is the message from the Italian Minister of Economy and Finance, Roberto Gualtieri, in his foreword to the Economic and Financial Document 2020 (“DEF”), approved by the Council of Ministers on 24th April.

The exceptional nature of the pandemic crisis caused by Coronavirus (COVID-19) and the extraordinary public finance commitments – resulting from containment measures and treatment requirements, as well as the measures to tackle the severe economic contraction – have meant that the 2020 Economic and Financial Document is more essential than in previous years. Public finance forecasts, in line with the other EU member states, are limited to the 2020-2021 period and presentation of the National Reform Programme has been postponed.

Italy was the first European country to be affected by the crisis, and has paved the way both for the definition of policies for combating the virus and social distancing, and for the implementation of economic support measures, which are increasingly necessary to deal with the closure of non-essential businesses.

The marked changes to the macroeconomic scenario, compared with previous expectations, has led to an 8% reduction in the GDP forecast for this year, with the net debt of the public administration at 10.5% of GDP. For 2021, the Economic and Financial Document predicts a considerable rebound for the Italian economy, with GDP growing by 4.7%.

The Government is working on a new decree, based on the action taken by the “Cure Italy” decree, which will be further strengthened and prolonged over time, as well as being integrated with other measures. This new decree will involve € 55 billion more in net debt for this year, with an additional € 5 billion in 2021, net of the higher public debt costs. “This is the most significant economic intervention in Italian history – continued Minister Gualtieri – which will be used to support families, businesses and the health system and to protect the country’s productive fabric at this difficult time, guaranteeing liquidity and encouraging the capitalisation of businesses. A tremendous intervention to make all Italians feel that the state is by their side”.

The intervention in 2020 is equivalent to 3.3% of GDP which, when added to the Cure Italy Decree, brings the total economic support package to 4.5% of GDP, plus guarantees for around 40% of GDP. With regard to the State budget's net balance to be financed, both accrual based and cash based, the effects of the decree amount to € 155 billion in 2020and € 25 billion in 2021, to which the € 25 billion for the “Cure Italy” decree must also be added for 2020.

With the difficulties that Italy is currently facing, the sharp increase in indirect taxation provided for by applicable legislation at the beginning of 2021 (the so-called 'safeguard’ clauses) would make the economic situation worse. The government has therefore decided to eliminate the increases in VAT and excise duties that had been planned for the coming years from the new decree that is about to come into force. This will also strengthen the transparency and credibility of public finance estimates.

The economic and financial document and the forthcoming decree have been drawn up alongside intense talks with the European Union, during which “Italy has consistently and firmly supported the idea that this pandemic, representing such an unprecedented and symmetric shock, should be addressed with the highest degree of coordination and solidarity”, explains Gualtieri in his foreword, underlining that “thanks to the spirit of collaboration that has characterised all the parties involved, despite the initial differences of opinion, a range of European responses to the crisis is now being outlined”.

If we also consider the extraordinary size of the European Central Bank's quantitative easing programme, the review of rules for state aid and the suspension of the usual provisions of the Stability and Growth Pact, the response from the EU and the euro area is considerable, with significant protection for Italy.

“After a shock like the one that we’ve suffered this year, and that we hope will not continue into 2021 – added Gualtieri – the economy will need a reasonable amount of time to recover and, during this time, restrictive fiscal policies would be counterproductive. The relaunch strategy must be based not only on achieving a primary balance surplus, but also on a much higher rate of economic growth than in the past, boosting public and private investments”.

In conclusion, the Minister recalled that “the fight against tax evasion and environmental taxation, together with a reform of the tax system based on simplification and fairness and a review and redefinition of public spending, will be the pillars of our strategy to improve budget balances and to reduce the debt/GDP ratio over the next decade.”