Reduction in delays for payments by General Government

The systematic improvement of delays in payments Italian General Government continues. In the light of the data from the information system of the Trade Receivable Platform (PCC), around 20 million invoices were paid with an average delay of one day ahead of the legal limits. Even taking into account the queues of payments for 2018 invoices not yet paid in the time of the survey (which will result in a slight decrease in the average delay) there is a significant improvement compared to the average delay for invoices in 2017 (10 days) and 2016 (16 days).

Note: the 2018 value is subject to upward revision for payments not yet made on the date of survey.

This trend appears to be widespread and is encountered in all the different sectors of general government, although there are differences between regions.
Compared to the national average, payment times in Northern Italy are on average 8 days lower; in the South, they are 11 days longer; payment times in Central Italy are on average 3 days longer. There are also differences in payment times among the different authorities.
For Municipal Authorities, data was collected from the date of launching the Siope Plus system in 2018, specifically in the following quarters: 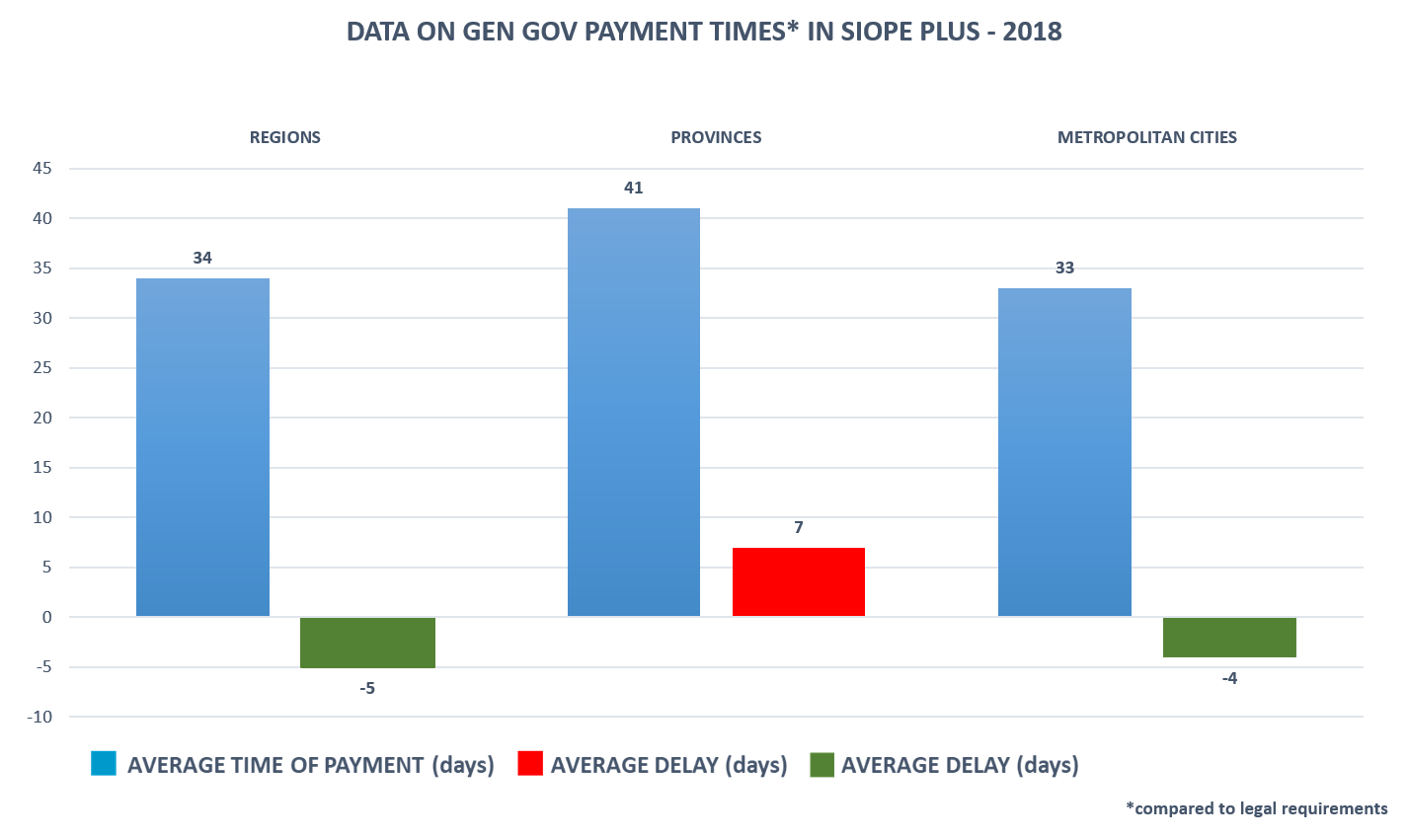 The data for Regions, Provinces and Metropolitan Cities show average payment times substantially in line with legal requirements. Over 72% of entities belonging to the sectors considered record payments made for over 80% of the amounts due and 54% record negative average delays (payments made before invoice expiry).
In terms of individual sector, Regional Authorities recorded overall an average payment time of about 34 days and a delay of -5 days, with certain regions recording payments made well in advance of the invoice expiry (Lazio, Tuscany, Friuli Venezia Giulia, Lombardy, Liguria). For Provincial Authorities, the average payment time and delay stand at 41 days and 7 days respectively; half of them record negative average delays, while the Metropolitan Cities record payment times of 33 days, which correspond to average delays of -4 days. For this same sector, there are entities that record negative payment delays (ten out of fourteen Metropolitan City Authorities). 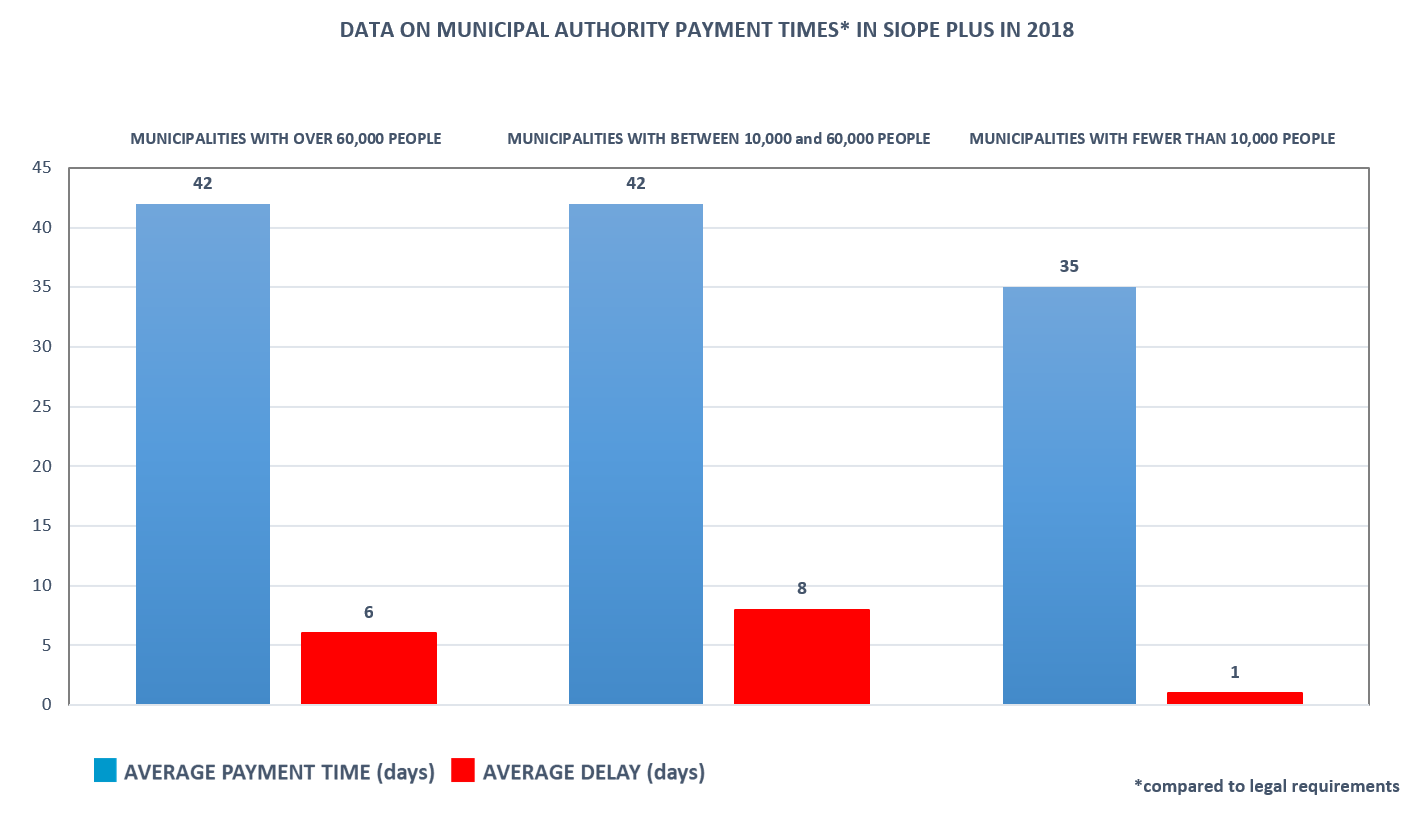 The improvement in payment times, identified in the three years of observation, was favoured by the various measures implemented by the Government to enable compliance with the payment deadlines established by EU Directive 2011/7/EU. The stock of outstanding residual debt unpaid as at 31 December 2018 is an overall 28 million invoices worth approximately 26,9 billion euro. The data refers to invoices issued in 2018, insofar as, with the launch of the Siope Plus system, many authorities started to acquire payment data automatically. It must be taken into account that, in this estimate, all invoices for which payment was not reported were considered unpaid; it is therefore likely that the data overestimates the actual debt for invoices issued in 2018. The data will therefore be subject to subsequent updates on the basis of the outcome of the checks with the Debtor Authorities.

All general government departments are obliged to pay their bills within 30 days from the date of their receipt, with the exception of the national health service authorities, for which the maximum deadline for payment is set at 60 days. Respecting these deadlines is crucial to the proper functioning of the national economy and is in compliance with the European directives on the payment of commercial debts, over which the European Commission exercises careful and strict control. In recent years, in part thanks to the introduction of electronic invoicing, compulsory for all general government departments from 31 March 2015, the number of general government departments that pay suppliers with longer average times than those required by the legislation in force has been gradually and progressively reduced.
The Ministry of Economy and Finance plays a leading role in monitoring the process of settling commercial debts owed by general government, through the use of computer system called the Trade Receivable Platform (PCC), created and managed by the Ministry from the Department of State General Accounting, which gathers information on the individual invoices received by the over 22,200 general government departments recorded.
The Platform acquires automatically, directly from the Revenue Agency Exchange System (SDI), all electronic invoices issued to general government and records the payments made and reported by individual government departments. However, this information is as yet incomplete: in fact, not all public authorities actively disclose payment data. This shortcoming, which prevents us from achieving a comprehensive view of the cycle of invoices, has been remedied with the development of Siope Plus, an information system that automatically acquires data on payments (see “Data observations”).

Certification of credits: trend in registered businesses and requests submitted 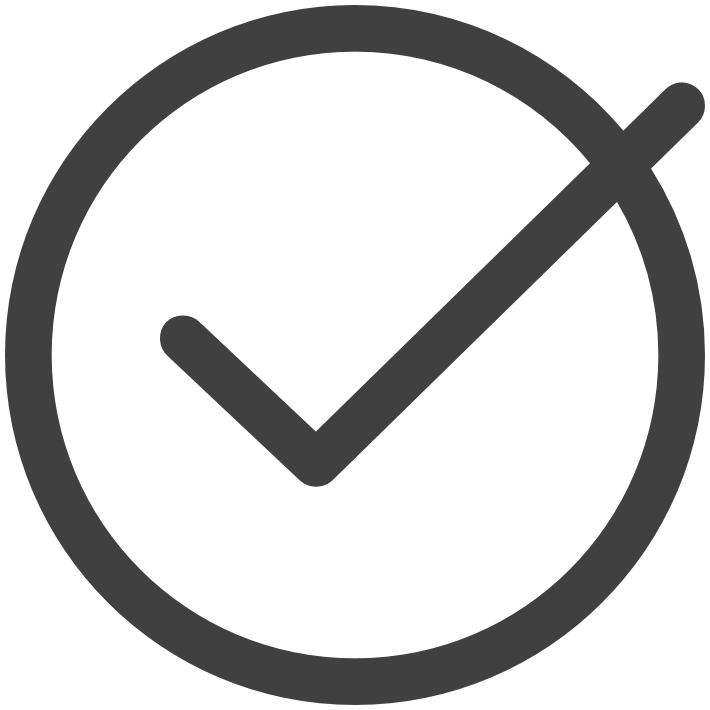 Through the platform, the holders of trade credits can ask the debtor authority to "certify" the debt, indicating the foreseen date of payment. Thanks to the certification, the credit is considered reliable by financial intermediaries (banks, factors, etc.), with the consequence that the supplier who has a credit certificate, who has not yet received payment but needs liquidity, can mobilise it through divestiture to a credit institution on more favourable terms than normal trade receivables or use it to offset tax outstanding or due on the basis of the so-called definitors of the tax claim and settlers of tax litigation.
Today the almost 35,000 businesses registered for the purposes of certification have submitted more than 180,000 certification requests for a certified value of 8,5 billion euro, of which 2,6 billion mobilised by financial intermediaries.