Evolution and reforms in the Italian banking system

Notwithstanding the lengthy recession, the Italian banking system is solid and has demonstrated a good capacity of resilience; it has managed to resist difficulties and to adapt to changes. In any event, the continuation of the severe economic and financial crisis through 2014 (which prompted an almost 10-percent decline of GDP and a 25-percent decrease in industrial production) had the effect of increasing the balance of the non-performing loans on bank balance sheets to a level above the average reported in other developed economies. The aggregate balance of non-performing loans should nonetheless be viewed in light of the rates of debtor-collateral coverage, which are much higher in Italy than in other countries.
An international comparison provides a proper representation of the state of health of Italian banks. From this perspective, Italy’s banks are in an advantageous position vis-à-vis the banks of other Euro Area countries, which, for example, are highly exposed to the emerging markets that are currently facing economic difficulties. The comparison between Italian banks and the banks of other European countries also shows the latter’s significantly higher exposure to the financial derivatives that were responsible for the outbreak of the financial crisis between 2007 and 2008. In comparison with their European peers, Italian banks are less exposed to the real estate sector, which also triggered a crisis, including in certain European economies. The Italian credit system is therefore solid as a whole, even though it is challenged by a high level of non-performing loans concentrated within certain banks.

Despite the solidity of the banking sector as a whole, the Italian government has demonstrated an awareness, since its investiture, of several historical limits of the credit system: the excessive fragmentation of supply, the very limited availability of other types of financing as an alternative to bank credit, and the disproportionately long times for recovering doubtful credits. Radical changes to the banking sector were inaugurated in 2015: the reform of the mutual banks; the self-reform of the banking foundations supported by the government; the reform of the cooperative credit banks (CCB); the introduction of the Guarantee on Securitisation of Non-Performing Loans (GACS); and the acceleration of the timing for credit recovery. 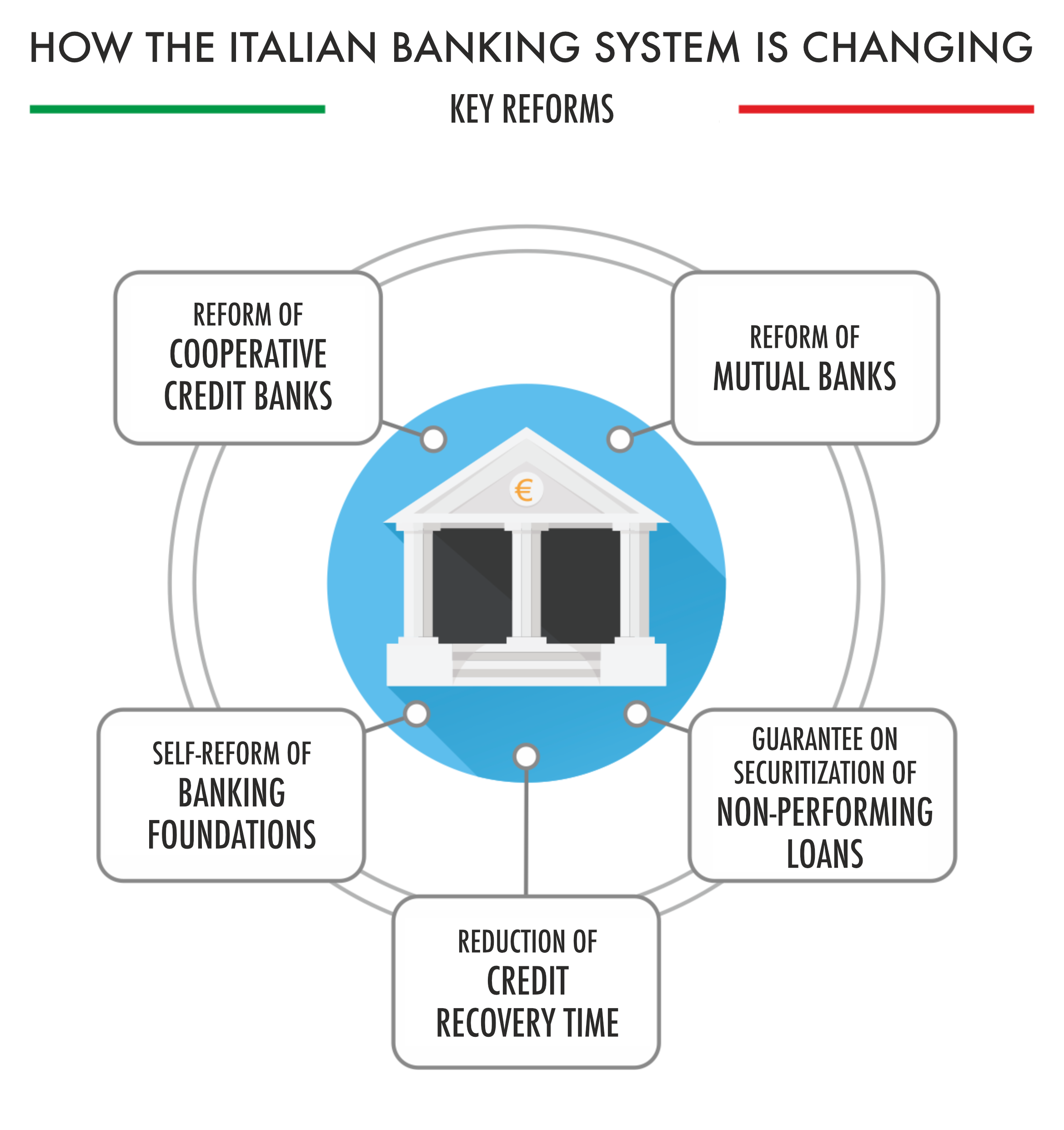 These measures have transformed and significantly reinforced the sector. The government has intervened with a strategy based on three fundamental aspects: