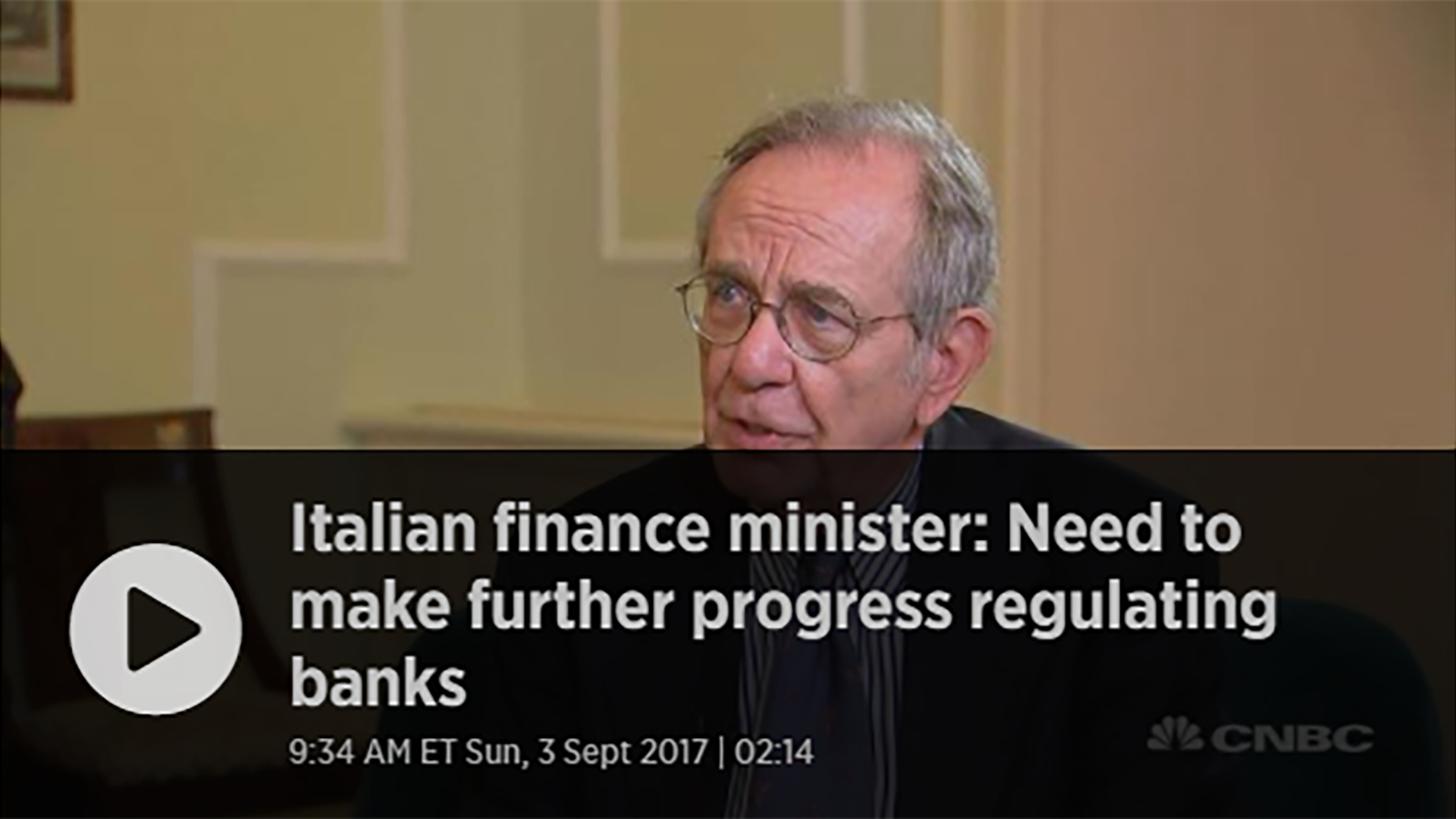 Italy's finance minister delivered an upbeat tone on his country's banking sector but highlighted that major hurdles still remain in the euro zone, including in Germany.

Germany might be known as the powerhouse of the euro zone economy but it has its own banking problems to deal with, Pier Carlo Padoan told CNBC on the sidelines of the Ambrosetti Forum on Sunday.

"I think that there are some German banking problems and I'm confident the German authorities will deal with them," Padoan said when asked about remarks made by former Prime Minister Matteo Renzi last year.

"Germany has been the country that has by far poured much more public money into the banking sector in terms of the hundreds of billions of euros in the past when the rules where different of course. This is a sign that maybe we all have to recognize that we have problems and we all have to recognize that we need to cooperate much more effectively to provide European solutions to those problems," he said. 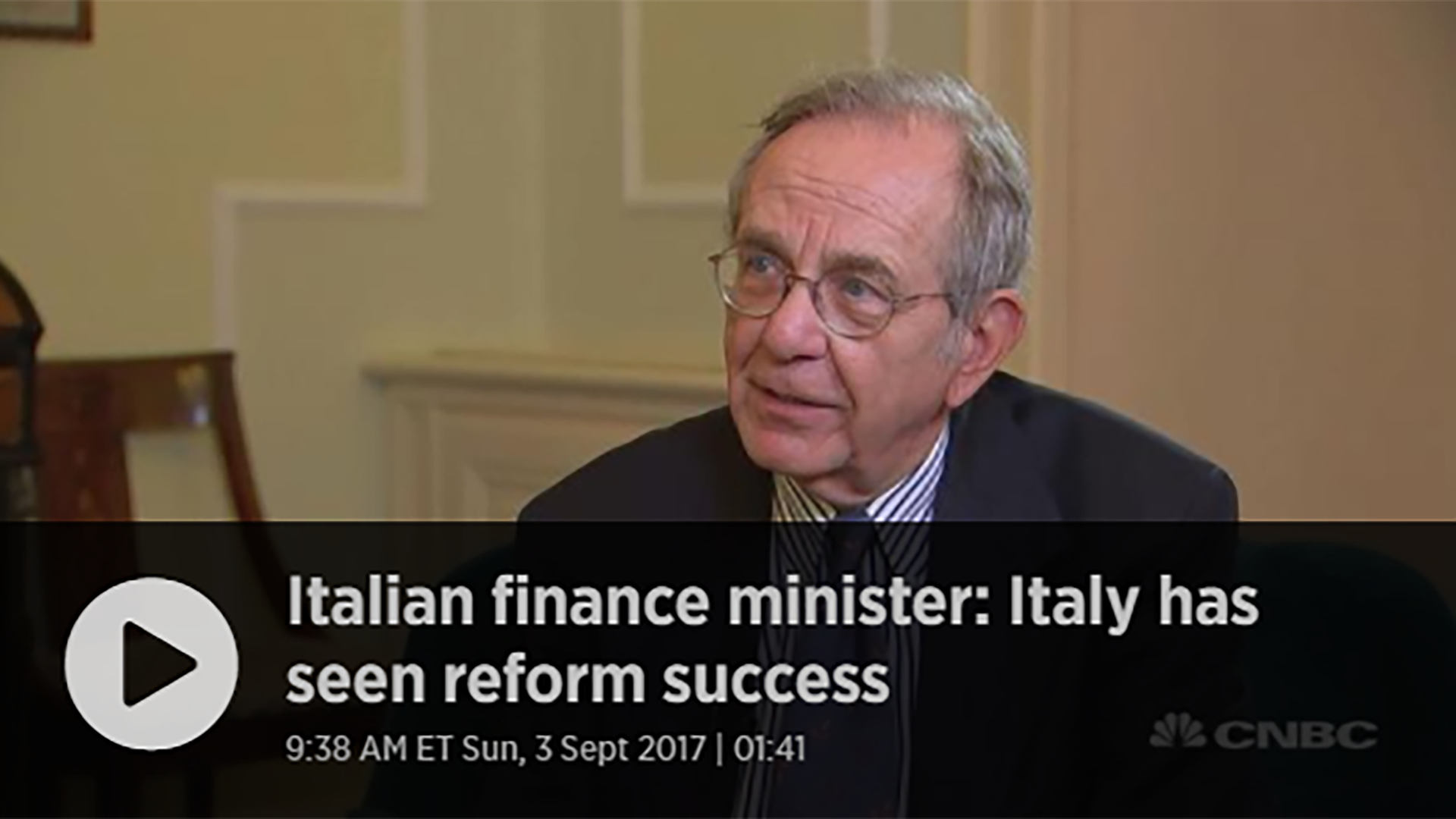 Though Italy keeps making headlines due to its financial sector, analysts have also warned on banking problems in Germany. These include the reliance on the shipping industry, which used to be a stable investment before the euro zone debt crisis. Other issues include the sheer number of banks in Germany with very little consolidation. There are approximately 2,400 separate banks with more than 45,000 branches throughout the country and over 700,000 employees, according to Commercial Banks Guide, an industry website.

As such, Padoan told CNBC that it is crucial to conclude the banking union – a project created in 2012 in response to the sovereign debt crisis that aims to have one single set of rules for all banks across the European Union. He told CNBC that so far the banking union hasn't been fully implemented, not because of resistance from certain countries, but because of different national perspectives.

"We are however making progress in one thing: That we are building trust among ourselves and we are also recognizing that we have to reconcile historically-driven different traditions in banking sectors and they have to merge into a new European banking culture," Padoan said.

Timing for QE reduction is 'the most delicate and sophisticated art' 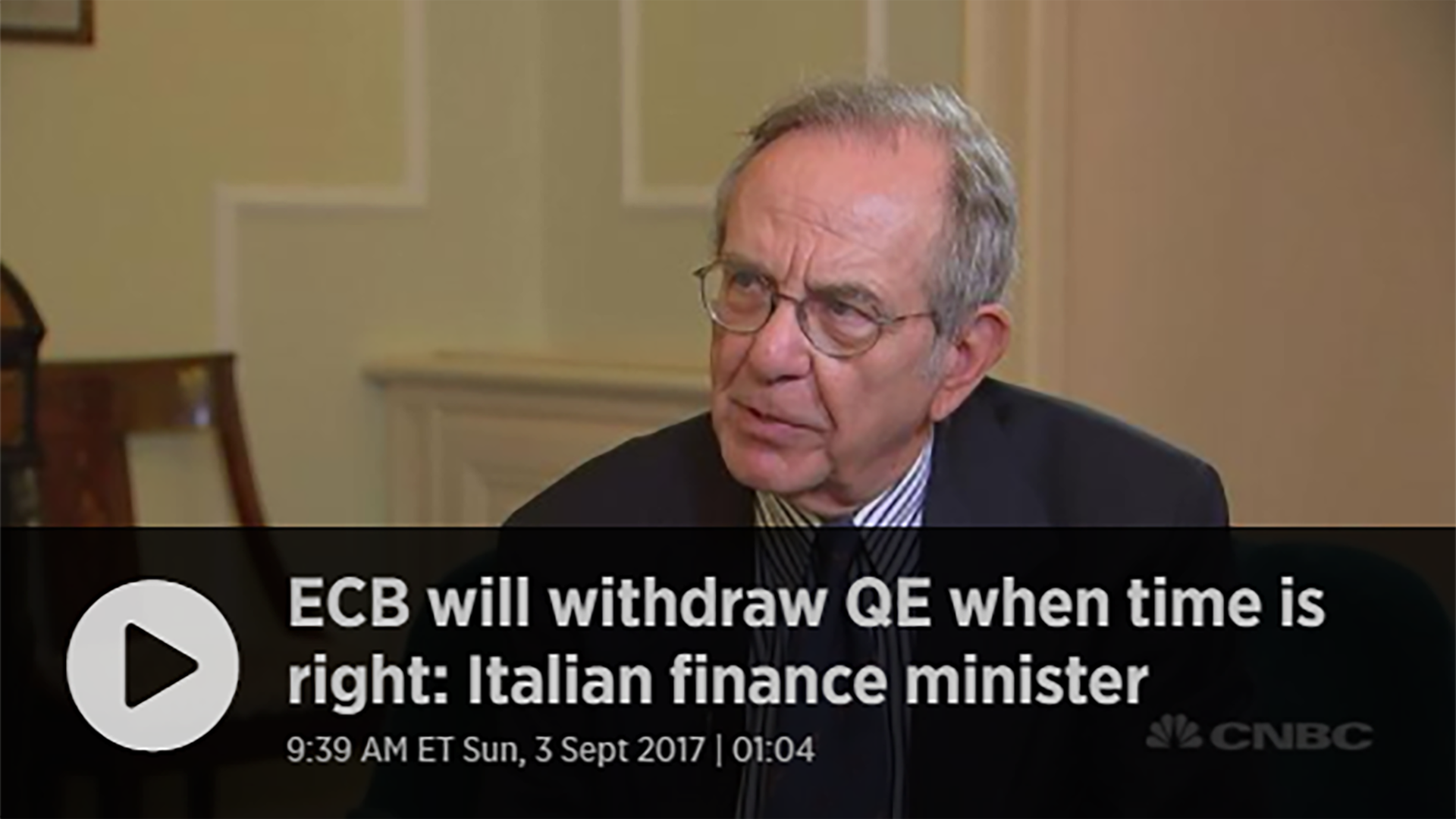 The monetary policy of the European Central Bank (ECB) might have been a massive help to the euro zone, including to its third largest economy – Italy. However, such support is set to come to an end, which could make Italy's debt more expensive and harder to manage.

"The timing of monetary policy is one of the most delicate and sophisticated arts in economic policy making and I'm fully confident in the leadership of the ECB that it will cast the QE (quantitative easing) withdrawal when the time is right," Padoan told CNBC.

The ECB is due to meet Thursday. Analysts are expecting some guidance on when the bank might announce an exit from its quantitative easing (QE) program. The euro zone has seen growth picking up and inflation too - though consumer prices are still below the bank's target of "close but below 2 percent."

Independently of what the ECB might do, Padoan told CNBC that governments cannot waste this current environment of low interest rates and must reform their economies.

"I think it's the responsibility of the other segments of the policy making toolkit, including fiscal policies, to take the opportunity of this window of easy monetary policy to implement those reforms which are fundamental to provide (a) good basis for monetary policy to be more effective. This is the duty of the governments," he said.